The Texas Adult Drivers Education program has created a wonderful video that’s intended to drive home the message of the dangers of drunk driving. Drug use and alcohol use can result in drunk or impaired driving which can result in serious criminal charges for individuals arrested by Texas law enforcement officers for DWI.

Drinking and driving is the number one killer in Texas! We lose about 1,000 people a year when someone makes a selfish decision to get in the car and put themselves and others lives in danger!

Driving While Intoxicated in Texas

Notable Facts from the Video 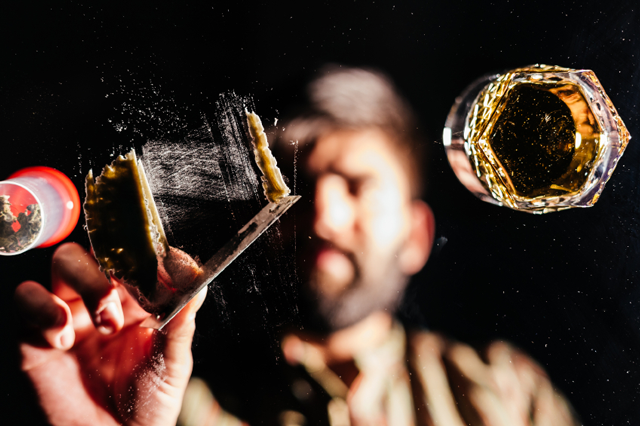 A Man with Goals

Bob was responsible with a bright future. Not only was he a top rate academic with dreams of teaching after law school, he was also well liked by his professors.

His ability to connect with them made them very willing to accept him as a regular face at the university. When it came to academic parties, one of his well connected TA’s wanted to help usher him into the circle. The staff saw him as someone who would eventually teach at the university with his natural gift for language.

Bob loved the big city, big dreams environment of Houston, Texas. He loved being known for being an aspiring up and comer as well.

He didn’t necessarily come from the best background, but he even saw that as something he could transcend. His parents were upper middle class but he had felt very emotionally neglected when he was young. The rocky turmoil between his parents always seemed to take center stage to his needs.

Because of this, Bob was very active in his local church. He wanted to help teenagers who potentially felt the same way. That’s why he volunteered to help with some their activities on a regular basis. The fact that it looked good on his resume didn’t hurt either. The University of Houston was always looking at these kind of social gestures.

Bob had a diverse group of friends. Some of his friends had gravitated towards his charismatic personality. He was a likable guy who didn’t say no to a good time. That extended to his partying as well. When Bob was drunk, he felt at one with the crowd. He loved to be right there in the mix.

Since Bob was well off, he always had the means to get home properly. He was the type of guy that didn’t mind calling cabs, tipping well, and just lying in his bed in bliss. Some people from his church knew he had a drinking problem, but he made huge efforts to quit cold turkey. But because all his other friends wanted to have their friend back, Bob got easily pulled into situations involving copious amounts of alcohol still on occasion.

One Bad Decision Leads to a DWI Case

One particular night, he ended up at a small pub with a friend. He mainly wanted to eat pizza but it became a drinking and talking about problems time instead. He’d been on a diet as well as under tee total restrictions, so he just relished the opportunity to let loose.

He was still drunk and realized it was closing time. The pub was in the middle of no where, so there was no where to go but home. Thankfully, the pub was a couple blocks from his home. At the outside of the pub, his friend got into a brawl with the locals. Bob felt very uncomfortable at that point.

Bob’s friend convinced Bob in his drunken state that it was no big deal to drive the car home. Bob was so shaken that he gave into temptation the first time in his life. Unfortunately, one of the local patron’s friends had called the cops.

As Bob was pulling away, the police pulled up and stopped him. He was charged with intoxication assault and given a DWI. This was the first time Bob had ever been driving drunk, and now he had two charges on his record.

DWI With a Child in Houston, TX

If you’re Driving While Intoxicated (DWI), and have a minor below the age of 15 in the vehicle, you could be fined as much as $10,000 and be sentenced to up to 10 years in prison if you’re found guilty in the court of law for such an offense.

A friend of mine, lets call him “Samuel”, had to undergo a similar experience when he tried to pick up his child from school, all while being drunk. He is currently sentenced to around a year in prison. Also, he was asked to go up for a 12-hour course on alcohol and drunk driving, which he had to complete within 180 days of probation.

Additionally, even if you do get away with the minimum jail term, which is around 18 days, a felony DWI charge can affect your livelihood.

In just August last year, a drunk student caused an accident that killed a man and injured his pregnant wife.

The student was charged with third-degree felony. Regardless of whether or not he graduates, potential employers may decide against hiring this young man.

And Appear as a Criminal Record

You might want to access your own driving record to confirm the expiry of your license, list of your tickets and violations. It is wise to keep a check as a simple thing as a suspended license could lead you to jail, but if you are reminded of it, you can address the suspension.

You might similarly want to check the driving records of another person if you are hiring them. For example, while hiring drivers for taxis, it is important to review that their licenses are current and that they don’t have any pending tickets.

If you’ve been charged with a DWI felony, chances are any future employer would know about it when carrying out a background check, and it is important that

DWI Lawyers in Houston are often asked this question by their clients and potential clients. We always explain that the punishment depends on;